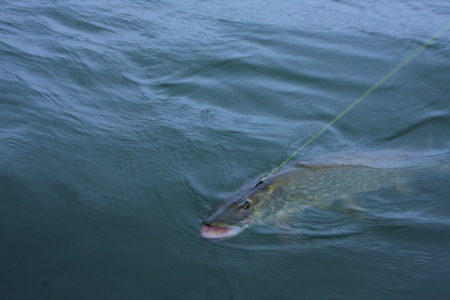 It is important to let the pike spawn undisturbed, but after spawning they will need a lot of food for sustenance and they still stay close to spawning grounds a couple of weeks before returning to their own hunting areas when the water starts getting warmer. The water temperatures are still cold and jerks with a slow swimming action as well as suspending jigs and lures are good choices fo rthe cold spring waters. However, it is important to notice that the water temperature varies in different areas in the spring, so spawning can end in one area while it is still going on in another. Skilled fishing guides will know these fluctuations and choose you the best fishing area at the moment.

The pike are no longer sti 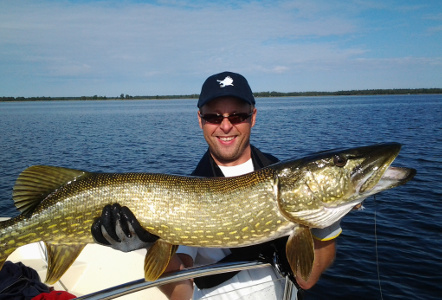 ffened by cold waters and now like quick movements. Good lures in warm water bodies are lively little jerks, spoons and wobblers. It is also important when fishing on shoals that the lure flies easily and the lure must land between the visible rocks in the shoal. The pike often rise to eat ”on top of” the shoal or lie underneath in ambush of the prey on the descending slopes of the shoal. Another excellent characteristic on spinning lures in shoals is that their swimming depth can be varied by changing the speed of reeling. Immediately after the throw, the fisherman should be able to reel the lure near the surface through the shallow part of the shoal and when the water gets deeper, slow down the reeling speed and make occasional stops to attract any fish along the descents. Another method is to comb the rocky surface of a shoal with low-swimming lures and then change to deeper diving lures when fishing along the descents. The local fishing guides are skilled boatpeople and know the shoals frequented by pike. 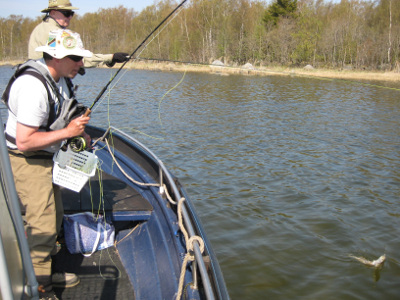 The pike are active but slow down when the water gets cooler. Lures are reeled slower, reeling is halted more often and these stops get longer. The best lures are now deep-swimming or ”suspending” type of pike jigs and wobblers as well as slow-swimming jerks and pike flies. The pike favour shallow and weedy shores in early autumn. They also prey inside these weedy areas and precise landing of lures is again worth its weight in gold. The nearer the edge of the weedy area you can land your lure, the better your chances of attracting pike. Later in the autumn, the pike prey also in deeper water bodies in the middle of large bays. They are best caught by pike jigs and deep-swimming pike wobblers in trolling. These fishing methods can be used until the sea freezes over. The pike prey actively in the autumn but the best places and the most effective methods vary as the weather turns colder. The local fishing guides know where pike like to wander and take you to the best places.

When the sea has frozen over, the pike are best found in the same area where they were caught immediately before the freezing. Bait-fishing for pike is an absorbing business. The click of an alarm breaks the silence on the ice plains. Pike have struck the bait. The counter-strike must be timed right - otherwise the fisherman will draw a blank. Pike can also be caught with a balance-jig. The pike often strike without forewarning and may drag the short rod in the ice-hole if you do not take care. Let the pike exhaust its energy without rushing the struggle. Let it draw the line if it seems keen. When the spring draws closer, the pike migrate closer and closer to their spawning grounds. In the winter, it is increasingly important to be well versed in local waters and pike behaviour. The fishing guide will take you safely to the best winter-fishing sites for the pike. 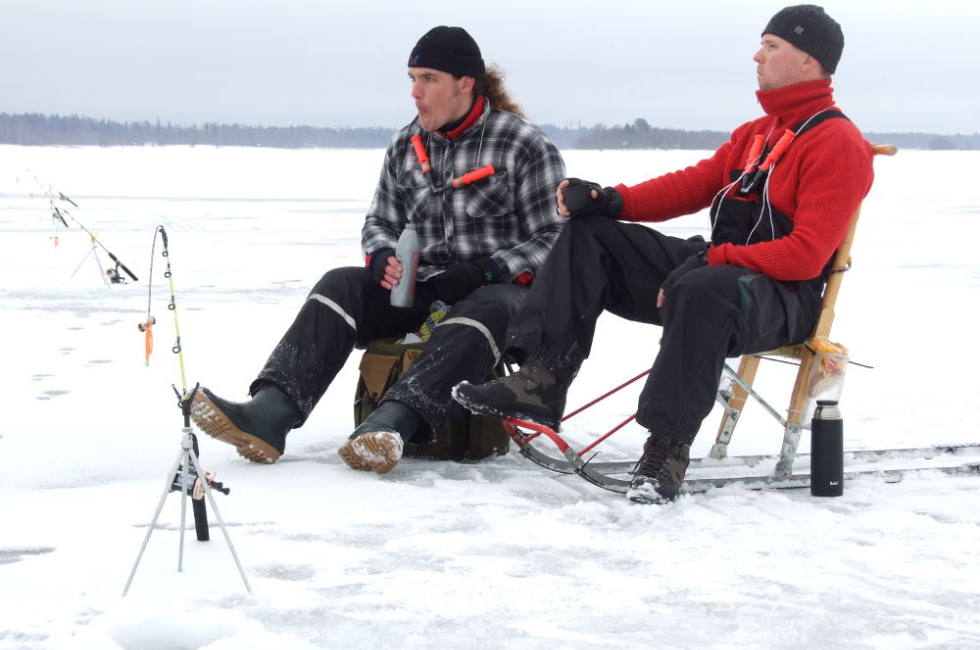