Pike is an iteroparious species, reproducing multiple times during its life, with age and size at maturity depending on the latitude and habitats characteristics where it is found. Maturity has been reported as early as during ages 1 to 2 years at 31 and 45 cm respectively in fast-growing populations, whereas this may not be until 4 years of age at 45 cm in slow-growing populations from more northern latitudes. Pike spawn in vegetated shallow water in spring when the water temperature increases, but this again depends on latitude. These spawning areas are typically in river tributaries, shallow pools or bays, flooded wetlands, marshes or grasslands and individual pike often return to spawning grounds they have previously used, showing strong fidelity.

Pike undertake polygamous mating, with a female commonly accompanied by a few males onto the spawning areas. It has also been postulated that alternative reproductive tactics are employed by small male pike in order to obtain fertilisations as a consequence of their disadvantages during size-dependent selection by females.

When spawning behaviour of pike was studied in experimental tanks and observed that, while a couple was spawning, another smaller male sometimes made an attempt at attending the female, suggesting that sneaking may occur in pike. Also protandry (early arrival on the spawning site by males) which is a strategy thought to maximise the chance of being present when a gravid female arrives, has been reported in pike, with small males arriving as early as December at the spawning ground.

Would females seek to mate with sneaker males?

Although small males that undertake sneaking or protandry have generally been considered to be low-quality males who are unable to attract a female themselves, it is suggested that females may actually seek to mate with sneaker males. This is because sneaking may be a means by which females increase fertilisation rates, and fitness and genetic diversity among the offspring. Following spawning, pike leave the spawning site and do not exhibit parental care of their offspring. 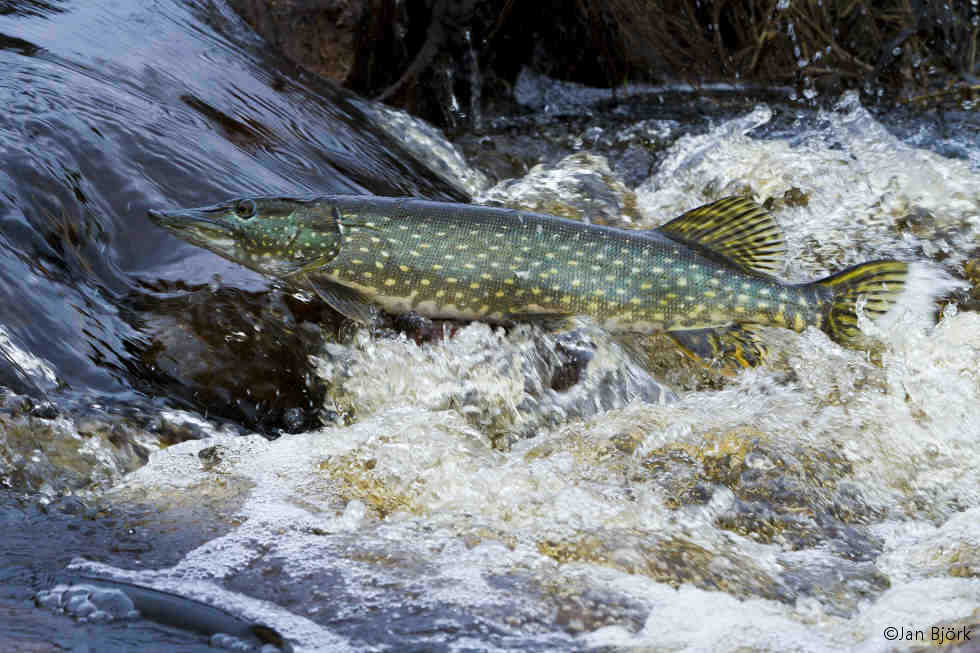